Prophecy and Predictions: Trump Wins In a Landslide, But It's Complicated. Is Biden Already Gone? Major Earth Changes 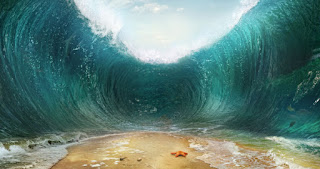 After the upheaval, civil wars, earth changes and the children are free, we will return to a Paradise Earth.

In my visions lately, I have seen cataclysmic earth changes on the east and west coasts of America in the near future.   In my channeled messages from Princess Diana she also spoke of tidal waves and earth quakes on both American coastlines.  She also said, about five years ago, that England would be severely flooded.

I have seen President Trump victorious.  It seems he will win the second term presidency in a landslide of votes.   It is not a normal victory.  He is outside of the normal realm.  He won in votes, but the whole process became polluted by his enemies.  A new standard of election will be created.  We are leaving behind an old paradigm and will be creating a new one in regards to American government.  We will never be the same and Presidents will never be elected in the same manner as they have been for centuries.

There will be civil war and cities will continue to burn.  He already knows what is going to happen. He is already planning to bring order out of the chaos.

He appears calm, composed and confident.  He has strength. It is primal.  He is a primal, instinctual person.  He is also in a protected bubble. At one point, I saw him finishing his goals and walking away, hand in hand with Melania, victorious, but ready for a new life.

Negativity is not even bouncing off of his bubble.  It is not even getting NEAR him. The energies of hate, anger, rage, bitterness, deceit, greed are being funneled OFF EARTH, in one long black "river" --far from him.   In my vision, it looked like all the old earth energies were being directed off earth from a point off the coast of the southeast of Americ

His soul purpose (not his sole) was to reveal evil on the planet and dismantle it, on a deeper level than it has ever been done.  He has mostly already accomplished this, but there is more he needs to do and he will do this in the White House for an unspecified time.

We are reaching a new level of awareness and love as humans.  But before we could fully embrace a New Earth, the children had to be saved.  We could not go forward in our evolution without saving the children.  This is being done now by Trump and many other Light Workers.

Joe Biden, is a non entity, a non person.  He is either already dead (and what we see is a clone) or he will be no longer with us,  very soon.  I saw him disappearing in such a way as to indicate he did not actually still exist in our realm.  Evil will try to fill his space, but it will not succeed.

The guides showed me an old, rusty back hoe, that was digging up dirt and trying to throw it towards the President. It was getting old and worn out.  I could see it would not last much longer.  It was near the end of it's lifespan.

WE have come to another level of consciousness.  Truth is important, but Love is more important.

Many of us who are here now, are part of creating the New Earth, which will come into being after the earth changes and the civil wars.  Start putting in the seeds of how you would like to live in the future.  What would you like to see, to hear, to taste?  We are here to remember a Paradise Earth.

Masks will become irrelevant when we are dealing with earth changes, civil war, and even, possibly, a larger war.  Lay low.  Get yourself comfortable. Prepare for changes.  Hunker down.  Be aware of who is near you.  Are you in a high frequency environment?

The future will not support the same type of American presidency we have known for over two hundred years.   We will see round tables of wise men and women.  We will become more focused on special counsels, rather than one person who is responsible for everything in America.

Here is our Paradise Earth..when the children are freed.. 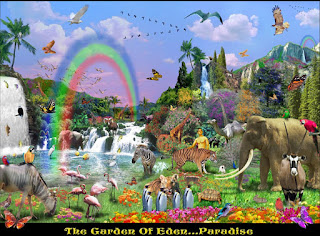