Targeting Is Out of Control, Colloidal Silver, Osha, Flower Essences and Shamanism

I usually always want to to talk about healing; the beauty of Lower World; the grandeur of Upper World; and power animals, angels, healing herbs, crystals, and flower essences.  Targeting, especially electronic targeting, is just so evil and such a downer, that I try to avoid it--which, unfortunately, doesn't make it go away. 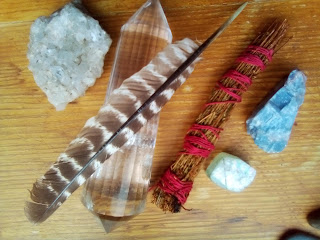 But the past few days have been particularly hard.  My perpetrators sent waves of radiation into my chest at night while I slept.   I usually have on a lead vest but I left it in Maine and it seemed to take forever to have it sent back to me here in Santa Fe, NM.

Two days ago, my chest hurt so bad I thought I had pneumonia.  I think they want me to get sick with "the virus"--whatever that is.

In my visions, I have seen that "the virus" is partly made up of technology.  It can be directed, or maybe the right word is, "activated".

Anyway, my perps have also started  to pin prick my feet..At first, I thought I was getting bitten--then I realized, in the morning, I had no marks...So I knew it was a directed energy weapon attack.  Of course, they (and I need to explain "they" I'm sure to a lot of people) keep a constant"drip" of hits onto my head...They will attack almost any part of me that is exposed.

It is embarrassing  to admit I went to bed last night wearing a lead vest, boots, and holding a pan over my head...

Recently, I also had a painful "demon" attack.  It was either a regular demon (meaning the kind shamans deal with often) or it was a remote energy attack.  It was strange.  It seemed they had pulled a part of me into a car. I was between the two perpetrators.  Then I felt a man's knuckle being jammed very hard into my side between my ribs. I woke up in agony.  I ran into the bathroom and pulled up my nightgown to see if there was blood or bruise. There was neither.  I believe that was also and energy attack, but it was the most painful I've ever experienced.

The first thing the next morning, using my drum, I energetically traveled along a energy cord that lead me to the two perpetrators who had attacked me.  I asked my helpers, in the spirit world, the loving and compassionate power animals, to cut the cord between us.  I did other work which I hope will keep them from connecting to me ever again.  It is hard to explain if you don't understand shamanism (please see my thesis on this website to learn more about shamanism, in particular, how we do healing work in Middle World) but work on the spiritual side of things, is very powerful.

Who knows why they are upping the attacks?  I could have said or done something they disagreed with or they might have just a particularly sadistic operator handling me at certain hours or on certain days...

If you are unfamiliar with the term Targeted Individual, Directed Energy Weapons or remote neural monitoring.  I suggest you go to TargetedJustice. Com to learn more.

Many Targeted Individuals are victims of military operations that are illegally targeting innocent people like myself--for profit and other nefarious reasons.  Using remote viewing I have seen much of my targeting is coming from an underground military base somewhere in the Southwest.

Approximately one percent of the population is targeted.   Shamans, throughout the centuries, and throughout the world (Aboriginal, Hawaiian, Celtic, Native--you name it) have been targeted by political and military forces. The funds for this program are channeled into the Dark Military from, possibly a  secret US military budget, the Vatican, international intelligence agencies, the Deep State, and potentially even from people like Jeffrey Epstein, who could profit from traumatizing children and their parents (it's very complicated).

I continue to try to find ways to dissolve the thought forms which created targeting.  I urge everyone to try to end this illegal program in the ways you feel the most talented.

I'll be working like Glinda, the good witch, trying to erase the evil thoughts drifting around in the universe which actually manifest the program. Until the thoughts are eradicated, the system will keep re-creating itself even if activism on the physical level, decreases or eliminates it.

I do use herbs, in addition to shamanism;  my flower essences, and many other natural remedies, to heal.  Just recently, it was brought to my attention by a fellow herbalist that the combination of Quercetin, Zinc, and EGCG (green tea extract) supports your healing and also protects from viruses.

For a complete list of my flower essences, which heal on the energetic level of your life, please go to the
"Flower Essences" tab on this website.  They are 15.55 each and I do ship within the United States.

Osha is a healing root dug in the mountains of the southwest that is well known out here for its virus-killing abilities.  I will be going out into the mountains with a friend soon to harvest it.  It is also called "Bear Medicine".

I took all of these remedies in the past few days while I have been recovering from the attacks.  I also take kelp in a smoothie, almost every morning, as it is believed seaweed absorbs radiation.

So, if you thought this article was helpful, PLEASE SUBSCRIBE AND SHARE.  I feel like I'm talking to myself as all my social media sites are hacked!

I see the world is about to change in ways we can't imagine.  After much discord, things are going to settle into almost a new Earth or Paradise Earth and I see targeting dissolving under the new Paradise Earth template! In the meantime, all the work we do, will matter in making the transition easier