Messages From My Power Animals and Spirit Guides

Today I asked my power animals for a message for humanity that would be pertinent to right now.

At first my consciousness stayed in Middle World (the world we all live in).

Lion's beautiful golden eye and then his full body appeared.  He was facing me.  Over his shoulder I saw an empty desert, with only a few cactus and short, dense trees populating the barren landscape.

Lion turned to his left and  looked up at the sky. We both watched as something began to appear on the horizon. My view expanded and I saw that there were actually many animals in the desert  standing still and staring at the sky, along with Lion and myself.   It appeared a storm was coming, but it was red and cloudy and seemed to fill the whole sky. It wasn't a normal storm.

Then the animals began to walk away and off the desert surface. They went underground, through holes and caves. The surface of the desert was empty except for this encroaching storm

I wanted to verify this information so I took a journey to Lower World. I went with Lion, into a Sacred Poplar Tree and then down the steps, lit by beautiful candlelight lanterns, into Lower World.

When we arrived in Lower World, we walked along our usual path, A clean, fast-running stream, with golden fish which were clearly visible, was on my left and butterflies and birds fluttered in the trees on my right. We came to a group of trees at the top of a knoll where many other power animals were seated, waiting for us.  We greeted eachother with love and joy, and then my gaze wandered to a scene they had created for me to see.

The scene was a narrow gully, maybe with a thin stream of water within it, but what was most striking was that it was lined with hyenas.--maybe eight or nine.   They looked very threatening.  They were guarding this patch of land and small stream of water.  It was unnerving.  They looked ready for war.

I asked "\How do we deal with this threat?".  The answer was "Love" . Love would evaporate the threat. Indeed, immediately after the word "Love" was spoken the hyenas disintegrated like they had been made of pixel.

I turned and thanked my power animals and we retraced our steps back to Middle World.

Love, is the answer to the threats that lie ahead. I have been getting this message for a very long time from many different sources. My interpretation of the two journeys is the obvious.  Something is coming for which we need to prepare.  Love is an essential aspect of preparation, but also, it seems, hunkering down and getting out of the way of the direct storm.

In channeled messages from Princess Diana (please see my youtube channel, Bethesda Star) she warned of upcoming earth changes, particularly on the east and west coasts of America. So, it does seem there is a collective belief that something big is coming our way and to be prepared.

Stay tuned.  I believe we are on the cusp of a beautiful Paradise Earth. 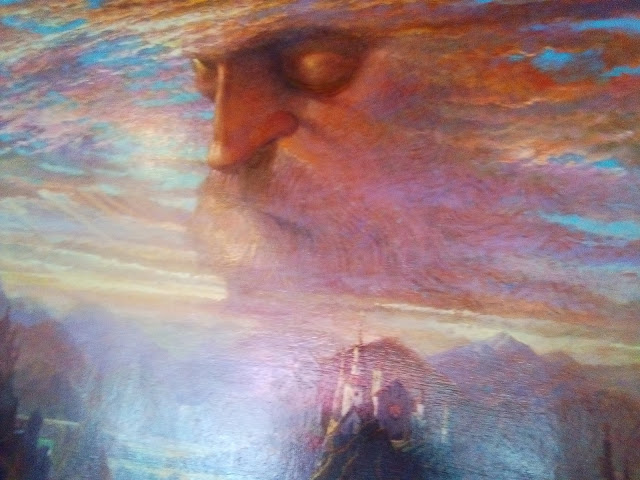 Posted by Jane Celia Hatch at 9:35 AM