The first thing I see is a giant grey spider with about eight long hairy legs with gray tennis ball feet. The spider is walking over the Middle East mindlessly pulling "energy" up from that area through an opening in it's underbelly. The "energy" it feeds upon looks like garbage--except worse-- grey, dull, dirty.  The spider only consumes grey energy and keeps moving, feeding itself, never thoughtful, just surviving.  The spider is a metaphor for an energy being we have created with our negative thoughts and projections.

Beneath the spider,  in the land that is known as the  Middle East, there is a portal.  Various beings enter and exit through this portal.  Evil energies move in and out of this area
rapidly.  It is an opening to other "off-earth" energies to arrive and to leave.  Like the spider, these energies are about consumption and feeding, but also rage, anger, deceit, cruelty, and survival.  Always survival. The karmic dramas, the survival dynamics, the complex strategizing, the lack of humanity, wind in and out and through one another.  Fear dominates--

In America, I see a cluster of malevolent energy.  It is people I guess, maybe the Deep State (I don't see faces). This evil is equal in depravity to that in the Middle East.  But when you look at the total population of the US, it is only a very small portion of the population here in America that is deeply malevolent.  But the two evils forces--American and Middle East (the two locations I asked about)  are interacting rapidly now. There is a back and forth, choking eachother, hissing, bombing--kind of thing going on. Without enough of our energy to feed off of, they are in a panic.

I see parts of the Middle East imploding, like a reverse volcanoe, falling in on itself, being swallowed up in it's own depravity until there is nothing left but dust and emptiness. Not sure if this is because of a war or a natural calamity.

America, though, is vibrating very high right now-- It is beautiful to perceive.  The American people are tapping into a love source.  A band of love (there are many bands and you can choose which one you want to tap into) covers America and many people are resonating with this band.

Don't listen to the news. I see a small stage on which several cameras are focused.  The people behind the cameras put up certain scenes and they have actors playing out the wishes of the negative forces.  It is such a shockingly small theatrical stage that is broadcast all over the world, as if it IS the world.  WE are the world.

I see Donald Trump in a bubble. He is separate from politics as usual.  He appears indifferent or he has just taken a step back from the major action.  He is neither evil or a Light Being.  He is not the one changing the world, we are.  I am not sure if he has been pushed out of center or it was a choice but he is not center stage.  Putin's energy is very similar to President Trump.   They are not aligned with the evil on the planet, neither are they changing it as dramatically as is the people who are choosing to be love-filled.

I am being told that the only real choice right now is love or hate.  It's not Republican or Democrat or Green or progressive.  It is love or hate (fear).   Traditional politics and politicians are dying out.  Many people in America, who are in the background, are choosing love and they are raising the vibration of America. The evil is disturbed by this new frequency because there is less "food" for them to consume.

I feel America will become the new spiritual center of Earth--moving from the Far East.  I'm not sure what will happen economically here, but we are shedding an old skin and being re-born. Focusing on love ( and love of self is as important as love of others) and local community and the Earth and the messages of the animals is important piece of our revolution. 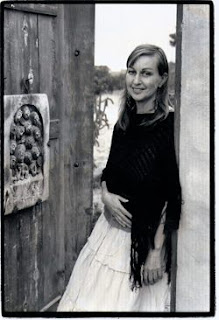 I sense many positive intergalactic Beings are helping us through this awakening.  Never give up, never become overwhelmed by the opposing forces.  Know the God in your heart. Project love into the universe and become Love.  This is the way.


Howdy would you mind letting me know which hosting company you're utilizing? I've loaded your blog in 3 completely different web browsers and I must say this blog loads a lot faster then most. Can you suggest a good internet hosting provider at a fair price? Thank you, I appreciate it! msn hotmail sign in