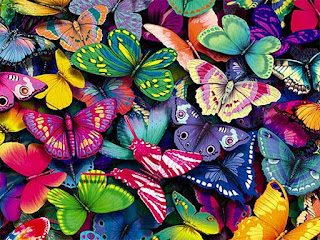 I was journeying to Upper World with questions for my guides about mind control and targeting when I saw Diana, who seemed to be waiting for me. It is an honor to be in her presence so I quickly cleared my mind of my own agenda.

I sensed her anxiety about her son, Prince Harry.  It is one of the reasons she is even more accessible to me than usual.  She has focused a lot of her energy in America.  I know she feels he is vulnerable right now (please see my Youtube videos to find out why on Bethesdastar)

I also knew she was not there to talk about Harry,

We stood and looked down over the Earth. I saw Ruth disintegrate like something had exploded into very fine particles.  Not a loud explosion, just a burst and then filaments, which were soon gone.

Diana relayed to me, telepathically, that Ruth was an aspect of the old earth energies which were disintegrating very rapidly.  Nothing will survive that is not aligned with the higher vibration earth which is rapidly coming into being.

"The Divine Feminine, Mother Earth, the Goddess can return now" she said.

(We did, at that point, begin to talk about early childhood trauma, particularly matricide (which she and I both experienced) and targeting and mind control, but I will save that for another blog or put it on my Youtube channel, Bethesdastar, later today)

I spent about twenty minutes with Diana in Upper World.

A few minutes ago, (about three hours after my first shamanic journey to Diana) I asked my team of guides from Upper World to communicate with me in Middle World.

I sat on my porch and rattled and asked, "Show me Ruth Ginsberg"

This time I saw Ruth's face--it soon became an old dead brown leaf, floating in the air which then crackled and crumbled into a nothingness and scattered into the wind.

She has been gone from the earth much longer than one day. I felt she had died a long time ago and had been held so long that when her body touched air it disintegrated like a mummified body.

Then I saw the nothingness of Ruth go into a portal and disappear.

Beautifully-colored butterflies and birds were flying and fluttering, and singing.  Ruth had held down life; had imprisoned growth;  had held back Spring;  in a manner of speaking.

I know this woman was much "loved"( although I am mostly seeing people on Twitter who are screaming and swearing about her, rather than mourning), but the impression I received is that her energy, her being, was no longer good for the planet, AT THIS POINT IN TIME.

She may have been a different type of person earlier in her life, but something took over and she was, at best, dead weight.  Worst case scenario, she was actually imprisoning life forms.

Her death was not nice. I don't know what happened, but it was not as is recorded by the newspapers.

It is interesting to note, the difference between Joe Biden's energy and Ruth Ginsberg.

In the Youtube video I did this week, I mentioned that Joe Biden no longer existed on this plane.  There was no withering off like Ginsberg, or dying off, he simply was no longer here.  Ruth, it seemed, was at least still in her body when she died.

I believe the person we see on TV is not Joe Biden, but a controlled clone.

This is not a political statement.  I understand she had some progressive ideas.  This is a channeling session in which I received information from a higher source than myself.

Because I am privy to this information, my personal understanding is that the passing of RBG, is a very good thing for our planet right now.  New life will emerge and whoever or whatever she was holding captive (either by her power as a judge or some other means) will be freed.

(Princess Diana and I are from the same soul group, which is the heart vibration of God (or what I call the Goddess). I have felt connected to her for many decades.  I named my daughter after her, and I am writing a book about her which includes interviews with people in England about her life and death. We had very similar childhoods and I believe we both grew up on the same heart ley line that crosses the earth. I am an American but family is from Bath, Maine and I am deeply connected, on a soul level, to Glastonbury)

Posted by Jane Celia Hatch at 11:53 AM No comments: